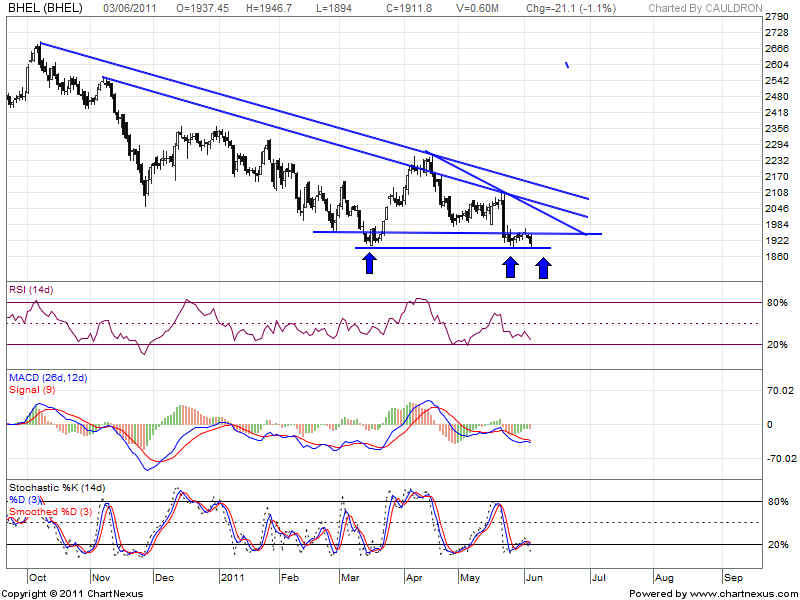 BHEL has been looking weak on TA charts after its results and split news came.Stock was unable to cover the losses of result day and Slowly drifting down.BHEL has found good support around 1890 levels and have bounce twice from that. As seen from above chart BHEL1780-1876 is the gap which is unfilled where no Trade occurred and BHEL needs to fill the gap.

if 1890 breaks BHEL can move down and fill the gap which is healthy for stock is long term.

Trend line convergence in Ambuja Cement and 50SMA@143.4 is a tough resistance to move up.