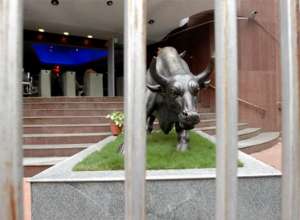 Nifty Did nothing today was just consolidating in a range and We formed one more Inside Day (Unable to break previous day High and Low) and range is getting smaller for a breakout either on break above 5325 and below 5249.

From a short term perpesctive if 5196 taken out than we are in for a downhill till 5000. On Nifty daily chart we can see a parallel channel formation and the bottom of channel being a resistance.Break above the  lower channel will take nifty to 5365 as shown in the chart.

RSI and Stochastic have reached oversold region and if low of 5257 holds market can see a Rally.

All eyes on What Fed says tonight after its Fed meeting. Fed words can change the tone of whole world markets. SBI is touching its long term trendline and break of 2123 can take the stock to sub 2000 levels as shown in the chart.