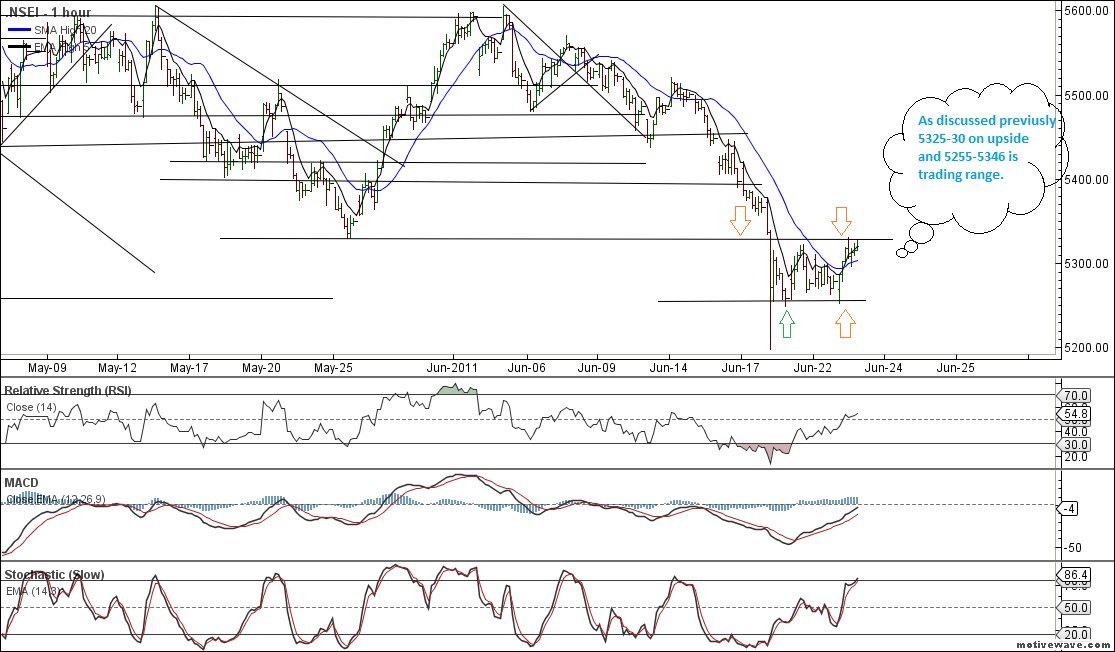 Nifty Hourly traded as we had discussed in Previous post taking support at lower end of 5255-5245 range and resistance around 5325-5330 levels. On Daily chart Fibo retracement from a High of 5609 to low of 5196 give 38.2% retracement @5354 which should be next level of resistance if Nifty moves up above 5330 in tomorrows session.

RSI and Stoch are in oversold, and Bounce back is expected.

Nifty today formed a Bullish engulfing pattern which should be validated with tomorrow close above today’s high of 5330 else it gets invalidated.

Always remmeber Indicators can remain oversold for an extended period of time. Now comes an Interesting part  the Quantitative Easing (QE) in which US fed printed 600 Billion $ of liquidty to support US economy.

Well Economy remains stagnant but S&P US stock market rallied 28% after that .

Now What was the effect of QE -II on India?

I am a firm believer market discounts everything well in advance Now if u See on Nov 04 US Fed announced the package and Nifty peaked at 05 Nov DIWALI Day.

Market has sensed the additional liquidity will drive commodity prices which in turn will bring inflation to emerging countries INDIA and CHINA.

This is just an observation which i thought of sharing.

Levels to Watch for 24 June