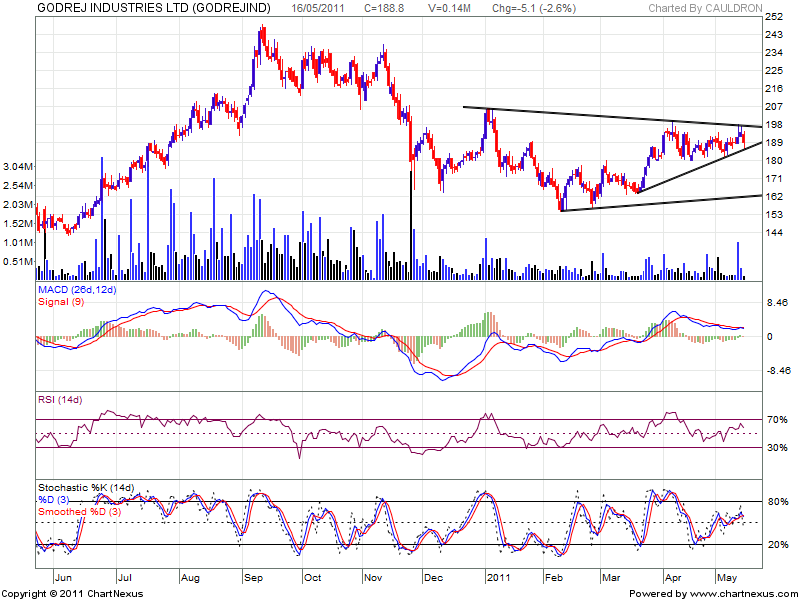 Godrej Industries is approaching its trendline resistance as shown in below daily charts. Trading range is getting smaller and in a tight range.Range breakout should happen on either breakdown or breakout. Laxam Rekha for BHEL 50 SMA@2068 as clearly mentioned on charts.BHEL is unable to cross it and getting resisting at this level.On Lower line it is forming a higher lows .