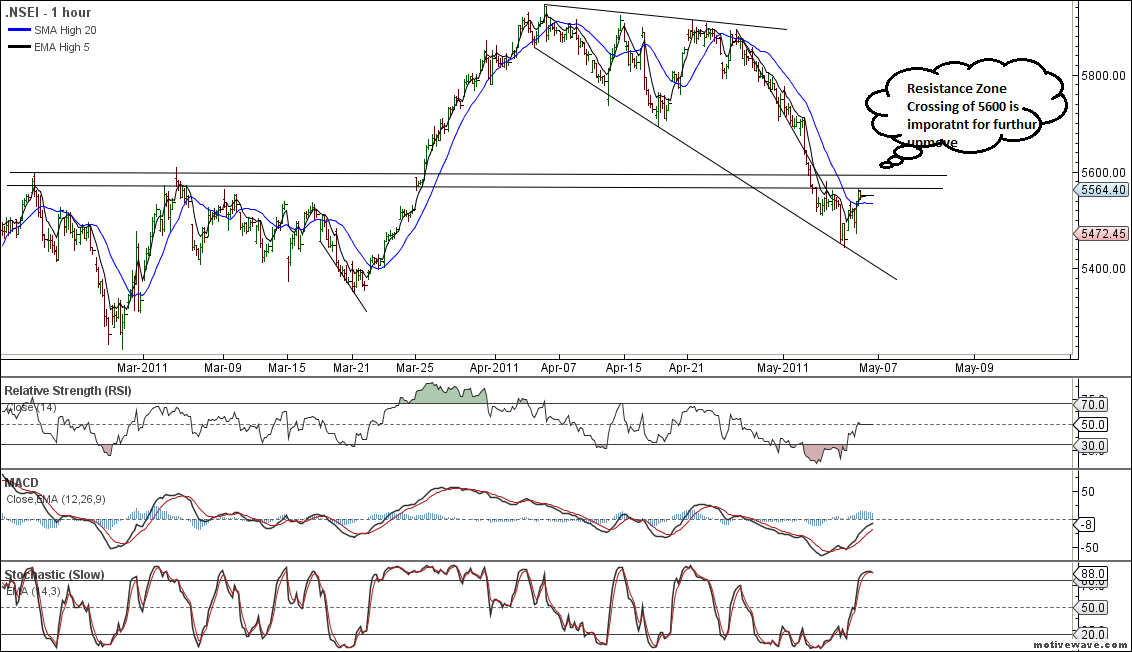 On Hourly chart Nifty took support at the down trending trendline as shown in chart. 5450 levels proved to be a good support and a bounce back materialized from that levels ending the loss making streak of Nifty from past 9 sessions. Nifty closed the week with a loss of 3.4% shaving off 200 points. 5 EMA and 20 SMA has generated Buy on Hourly charts but longs should be traded be cautious and use the rally to make shorts on higher end till Nifty does not close above 5531 on closing basis. Nifty Daily chart which broke the important trendline on Thursday EOD on rumors Anil Ambani getting jailed on 2G Scam,but market seldom pay heed to rumuors and on Friday EOD quickly got back into channel but volumes were on lower side as comapred to past 3 days on downfall.

Nifty closed above 5532 which if sustained can slow down the momentum of downfall.

Important Resistance on upside are 50SMA@5631 and 5 EMA High@5632 which if sustained can give some more strenght to upmove. Nifty Weekly charts shows a diamond formation and if 5177 breaks down we should head towards 4900 levels based on trend lines.

Volumes are on lower side. Nifty is SELL on weekly charts and a close above 5700 only will weaken the downfall.

Stochastic has generated a fresh SELL on Weekly charts.

As per the OI table PCR @0.71 which is a bearish indication and oversold zone also.

Crash in commodities is good for India but never bother about news Just believe in Your levels and trade with discipline.