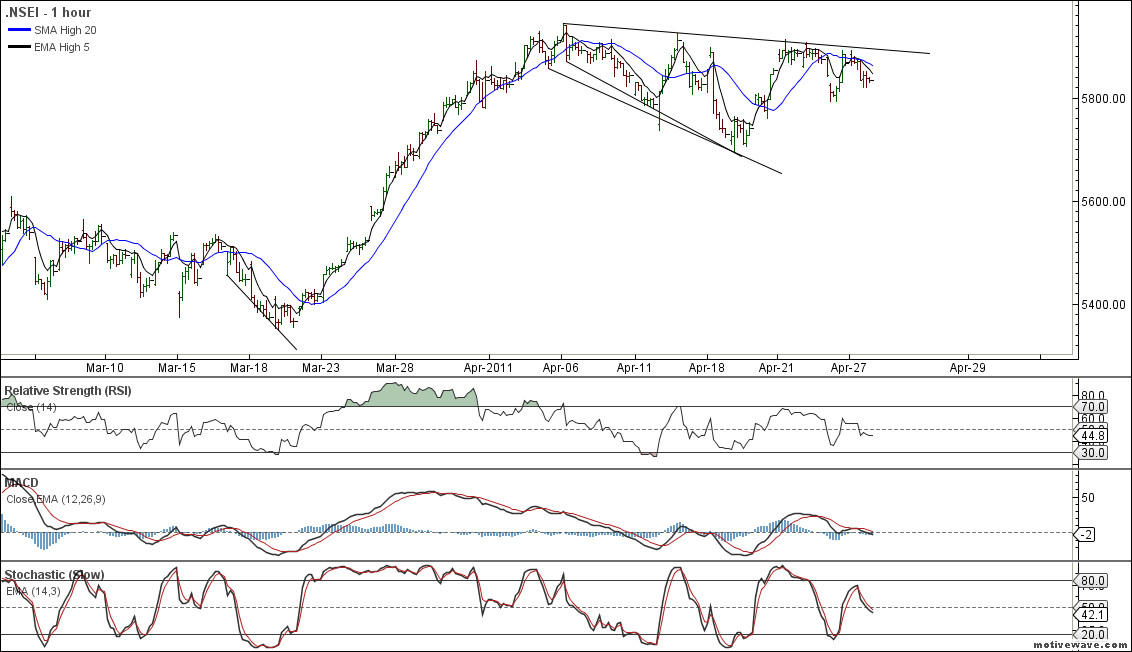 Nifty Hourly charts are in sell mode from 5870  as shown in charts having combo of 5EMA and 20 SMA. On Higher side trendline resistance is coming from 5900+ levels and lower end downside is open till 5630 levels as of now. Hourly charts Nifty is oversold and dead cat bounce from 200 DMA@5745 was excepted and it did last  hour of trade.On Hourly charts till Nifty does not close above 5 EMA High every rise should be used to SELL On Daily Charts using line charts BULLS just saved 200 DMA for yet another day ? We will come to know on Monday.

200 DMA is the defining line between Bull and Bear Market As seen from Daily Chart Nifty is forming a contracting triangle forming a trading range between 5900 on higher end and 5555 on lower end.

50SMA@5625 should provide support to Nifty if downfall continues. On Weekly Charts  Nifty has given close below 5 Week EMA@5773 which has become for SELL on rise and a close below 5668 will increase the momentum on downside.

On Higher side close above 5910 only will give upward push and mometum to Nifty,