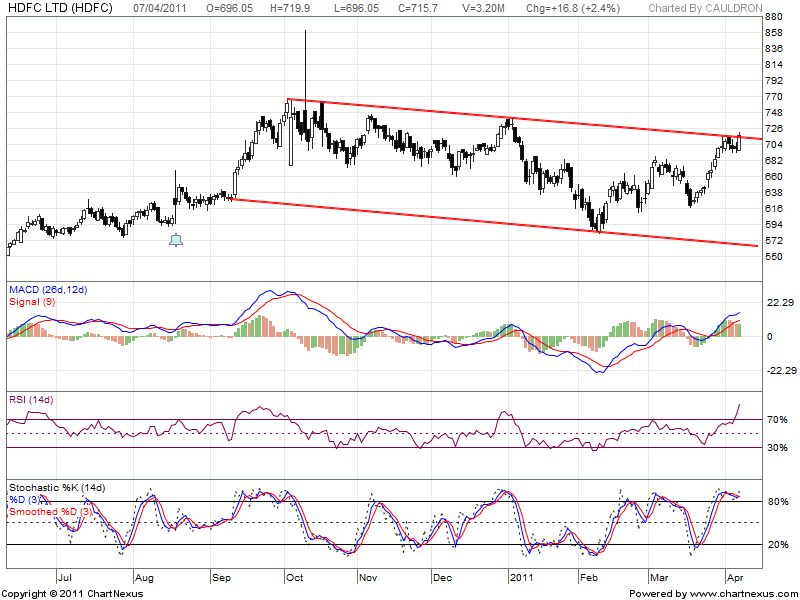 HDFC is moving in a trendline channel as shown in above chart. Buying should be done only a sustained move above 720.

ON Daily Charts RSI and Stochastic are in overbought zone. Stock will enter into uncharted terrotiry after a move above 720

Hero Honda hass been moving in a channel from low of 1413 to high of 1708. Stock has been making higher high and Higher low formation on daily charts and continued with its upmove. As pe daily chart stock is hitting its upper trendline channel with indicators overbought a pull back till 5 EMA can be excepted.