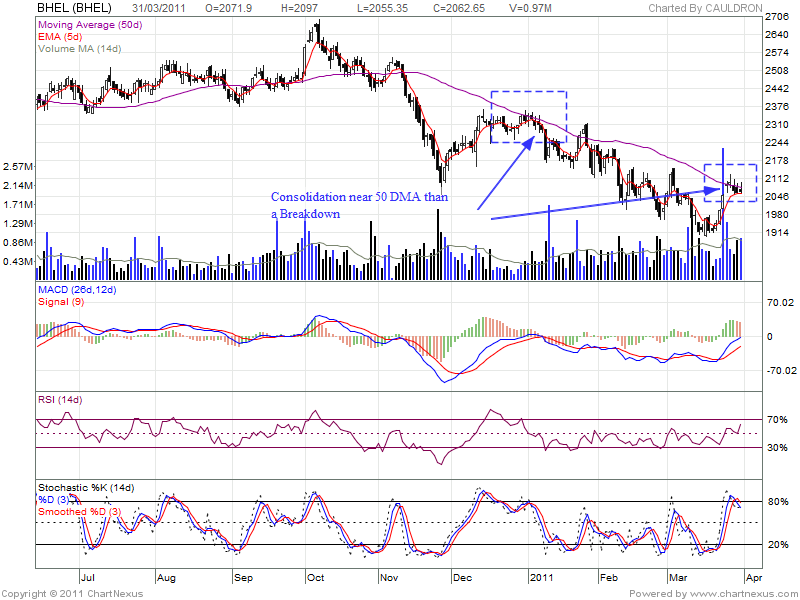 BHEL is consolidating between its 50 SMA and 5 EMA.I have tried to show similarity in this pattern which was formed before also in the 2 rectangle in below chart. BHEL is consolidating and looks ripe for a sell below today’s low.Stochastic has given a SELL ITC has given breakout on Daily Chart as shown below. ITC is at its Life time high and Stock has moved into uncharted region.