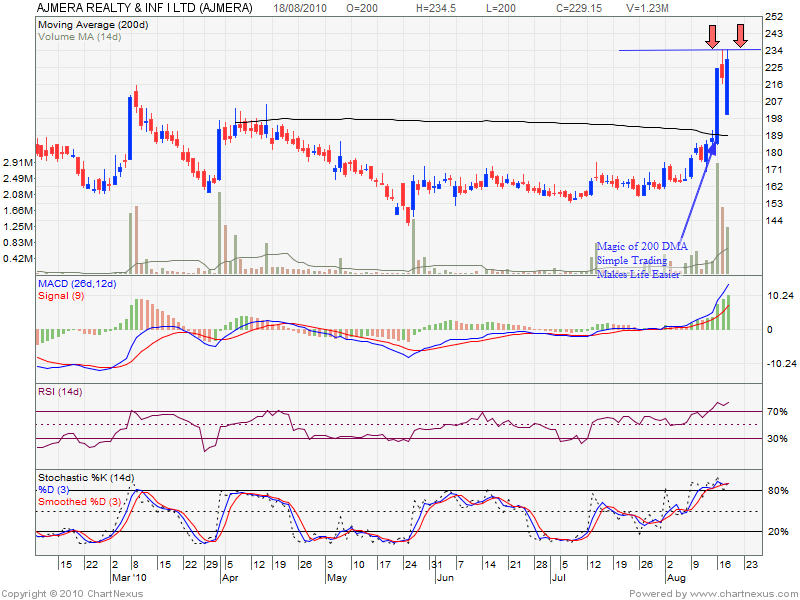 Ajmera Reality is making swing highs at Rs 235 in 3 days in a row as shown in charts.

Break above that levels will see moving to new highs On Mobile is seeing a golden cross over formation with 5 EMA moving above 50 SMA . Stock has formed a range and is moving above it with a break of volumes. Stock looks for a good buy in medium term

Stock is having 200 DMA at 357 which will be a touch resistance to cross it thats taken out can see Rs 400 levels. TANTIA Construction has made a big move today with volume,Tomorrow is very crucial day for this script as it will decide its furthur move.As momentum can drive this stock above 200 DMA than we can except another 20% move.

Resistance is at 200 DMA which is at 98 levels if crossesd and sustained it will move in bull wave. Suven is also making its transistion move from bear to bull if and only if able to sustain above 28.78