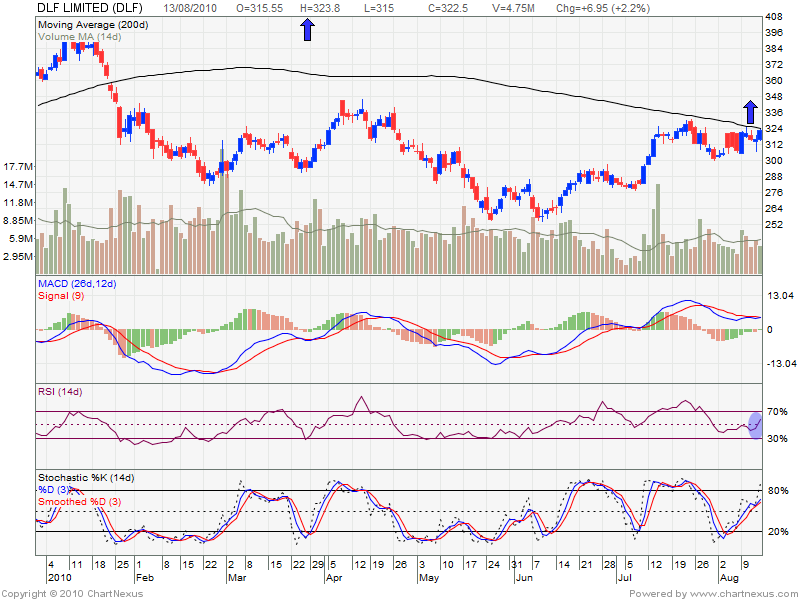 DLF once it start trading above its 200 DMA ie. can see some quick moves.MACD is showing positive moves and RSI has again moved above 50. Hero Honda is facing resistance at trend line from Highs and Swings highs as mentioned in charts. Century Textiles has risen strongly this week with W-o-W gains of 10.71%. This rise has been accompanied with healthy volumes and a pick up in momentum.

Friday’s rise also led to the stock closing above both the 200-day simple and 200-day exponential moving averages. This indicates that the bulls have gained the upper hand in this counter. Bombay Dyeing after forming a base around 480 levels after that rallied sharply to 680 odd levels. At 680 it started facing supply pressure from its medium term resistance and rally on last Friday tapered off and stock losing Rs 20 odd from the highs.

Mometum and volumes are back in counter and i would except some volatility with an upward bias in coming week.