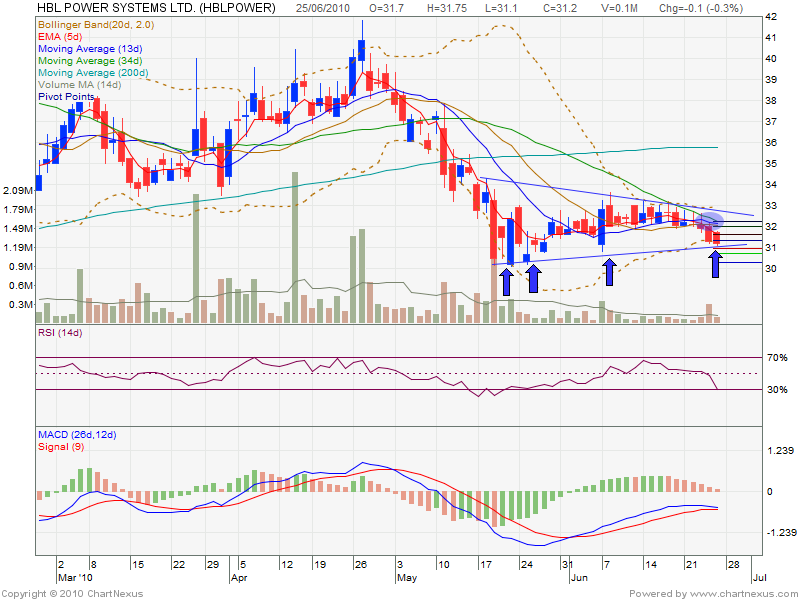 RSI and MACD are bit oversold and we can except a decent bounce,But intresting observation will be come when the Stock cross and sustain above 32.2 which can be golden cross where we can see cross over of 5 EMA and 13 EMA.If that happens we can see a rally till 200 SMA.Volumes should be watched for the same to happen.ie. Rally till 200 SMA which is at 36 levels. Finolex cable is approaching the Laxman Rekha between Bulls and Bears,I am talking about 200 SMA. Sasken was consolidating in the range of 180 to 200 and on friday tried to close above 50 SMA and was able to,But was unable to close above the upper trendline channel as shown on daily charts. Tata Motors can be traded easily by seeing its 100 SMA,Trade is quiet profitable if you see just 100 SMA of the Stock

I have pointed on charts how 100 SMA acted as a support and make the stock rally from that to about 10-15% and if gets broken that TATA motors can give a correction of 10% on downside very easily.Both observation i have marked on charts