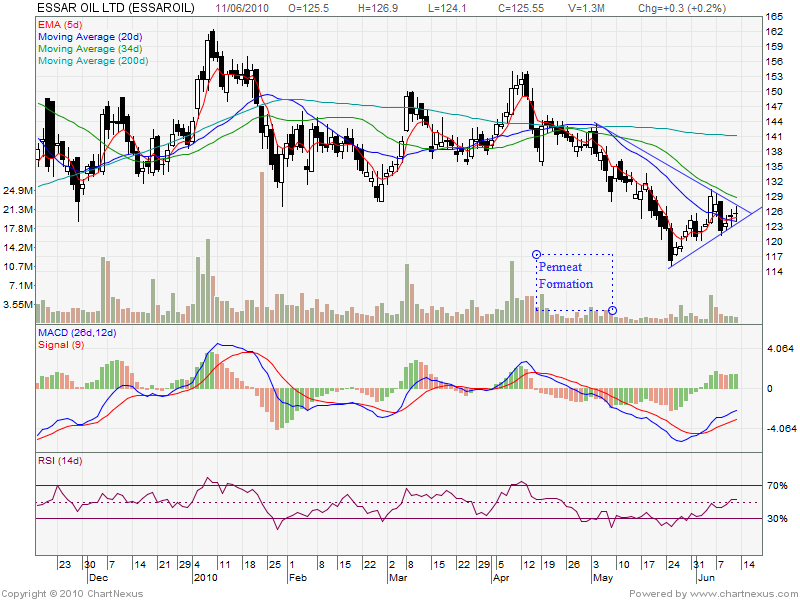 MACD and RSI are also in Buying Mode but Essar Needs to cross and sustain the Trend line resistance at 128 levels for its next upmove. Karturi is/has been in downtrend from past many trading sessions.Last Thursday there was a huge uptick in volumes as mentioned in charts and a Doji formation,Indicator Both MACD and RSI are in oversold zone. ROLTA is forming a falling wedge formation on daily charts which is having a bullish implication.Volumes were quiet high on friday.MACD is crossing the signal line so it is coming in Buy mode and RSI is also giving buy signal.ROLTA can easily retrace back to 176 levels where its 200 SMA lies