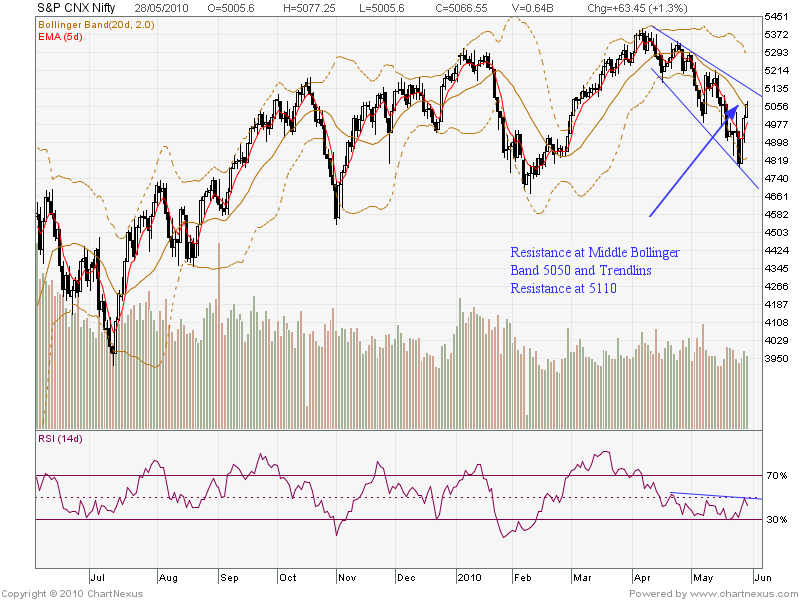 Nifty rallied almost 6% from tuesday low of 4786 and being an expiry week rallied 4 trading session out of 5.

For the coming week as we can see from the Daily Chart attached we have 2 resistance visible on chart. As seen in Weekly Charts above 5 week Exponential Moving Average act like a Laxman Rekha between Bulls and Bears in Short term above 5 WEMA bulls reside and below that bears resides.

Now we are at the Brink of breaking the 5 WEMA which will decide the further trend of the rest of month.we need a weekly closing above 5074 for trend to turn bullish in short term else will remain bearish in immediate short term.

If we see the Option Data PCR stands around 1.33 Levels and we have seen a Very huge Open Interest in 5100 CE .Chart can be seen at http://bramesh-niftyoi.blogspot.com/ which also adds to the fact that 5110 should act as a resistance and only some good monsoon news or some miracle happening in europe can make us cross that.