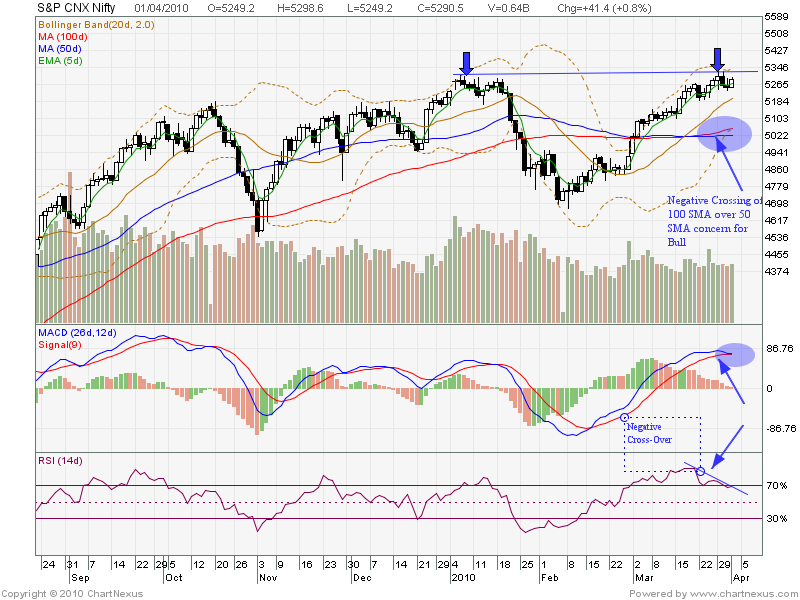 Nifty made a new 52 Week High @5329.55 levels but bulls were unable to sustain at higher levels.

The previous multiple resistance zones of 5185 might seal Nifty from further downs by acting as a reliable support. (Once a resistance is broken it might start acting as a support level). If we see the weekly charts we can see declining volume on Week on Week Basis and a Doji Formation on Weekly Charts ,Please Keep in mind if 5330 is not broken on early part of this week Bulls are in trouble and can see levels till 5185.

During this period of 21 years, there have been 16 instances of a sustained rally in the Sensex for seven straight weeks. What happened in the 8th week in these 16 cases? In eight instances, the subsequent week has reported a continuation in the Sensex rally. A 50% positive outcome (8 out of 16) is hardly comforting.

Therefore, the probability that the rally will continue this week as well does not seem that likely.

For those who are betting big on the market, our advice would be to exercise caution. The chances for a reversal are getting higher. The markets may take a breather after this prolonged rally. On the contrary, the macro-environment of low interest rates in developed nations may mean than the index will continue to surge.