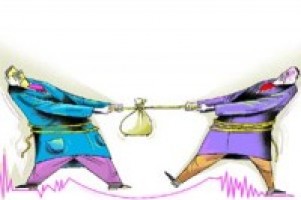 What are ULIP”s and Why so much controversy on this product?

Unit linked insurance plan (ULIP) is life insurance solution that provides for the benefits of risk protection and flexibility in investment. The investment is denoted as units and is represented by the value that it has attained called as Net Asset Value (NAV). The policy value at any time varies according to the value of the underlying assets at the time.

In a ULIP, the invested amount of the premiums after deducting for all the charges and premium for risk cover under all policies in a particular fund as chosen by the policy holders are pooled together to form a Unit fund. A Unit is the component of the Fund in a Unit Linked Insurance Policy. According to guidelines of the Insurance Regulatory and Development Authority (IRDA), ULIPs have a minimum term of five years and a minimum locking of three years. You can make partial withdrawals after three years.

Why has SEBI banned them?

SEBI’s feels that these ULIPs have been operating more like equity-linked savings schemes (ELSS) of mutual funds, with insurance being more like a by. SEBI has also been irked by the way in which the ULIPs were being marketed – more as short term policies while they were actually beneficial only on long term. Insurance companies give very high incentives to its agents (go up to 35%) to sell ULIPs, which is a comparable to ELSS of mutual funds. And, up to 95% of premium paid by investors for their ULIPs are invested in the stock market. Because of the high incentives, agents and other distributing agencies are pushing ULIPs in the market very aggressively. SEBI regulates mutual funds and hence feels that it has the authority to impose this ban.

IRDA has labeled the ban of SEBI as unfair and said that this action could dry up the entire source of revenue for insurance companies and seriously jeopardize the future. This can also be gauged from that fact that ULIPs constitute around 90% of the total portfolio of many life insurance companies. Magnanimous  amount of  money is involved . As per data given by IRDA, about 7.03 crore ULIP polices involving a total premium of Rs.90,645 crores were in force in 2008-09. And from April – February 2010, 16.7 lakh policies were sold with a premium of Rs.44,611 crore. A ban like this, could bring the industry to a complete standstill.

Will Stock Market be affected?

Yes! Definitely as so mucg money is involved and one of the major source of liquidity is coming via ULIPS so jitters can be felt and some were felt today as the day ended being a lackluster day.

Who will be looser?

The victims are the innocent bystanders, here, the investors.

But as per the latest Views of IRDA Chief

Harinarayan also said that existing policy holders “are completely safe, their claims and products are safe… there is no cause for anxiety at all”