The forthcoming week is likely to be highly volatile driven by expectations from the upcoming
Union Budget. The highly eventful week begins with the Railway Budget on 24 Feb 2010 to be
followed by tabling of Economic Survey on 25 Feb and the Union Budget on 26 Feb. Also, the
expiry of Feb derivatives contracts this week will add to the volatility on the bourses. 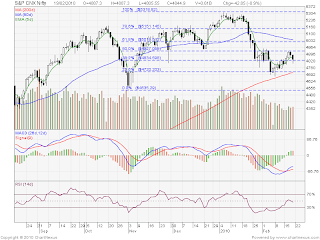